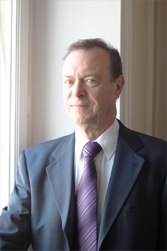 ” My wife and I founded DEVEXPORT 30 years ago, just the day before Spain and Portugal  entered the EU Common Market and with the support of friends, we used a variety of skills ranging from industrial export engineering to commodity trading.

As a family company, DEVEXPORT gradually grew through its ability to listen to its foreign customers and French industrial partners. Since inception, Implementing customized financial and commercial solutions to meet the variety of complex situations was a key success factor. The flexibility in execution tied to a creative financial and legal set-up led us to build strong commercial positions, which were, in time, easily diversified.

Opting to export towards third party countries from 4 continents, we chose a strategy of a « fleet of junks » rather than the « aircraft carrier »’s one. The handiness and reactivity of small specialized companies fits better with the reality of the field and management of risks. Apart from a few participations in independent subsidiaries, the DEVEXPORT Group now has 35 employees within 3 commercial companies and its offices in foreign countries, managed by the family holding company « Devexport Services & Finances ». « DEVEXPORT » mainly works with Europe and Americas, « SOCOFEP» is specialized on China and North Africa and « PALMADIS » focuses on commodity trading.

The majority of goods exported are industrial equipment and French origin substructures but also include wrappings and raw materials in a variety of the sectors: energy, pharmaceutical, rail infrastructure, food processing, mines, hydraulics. Our activity of trader or export agent is recognized and appreciated by a large number of SME’s, mid cap’s and some big French companies, as well as by a large number of customers and providers from the different countries I mentioned.”